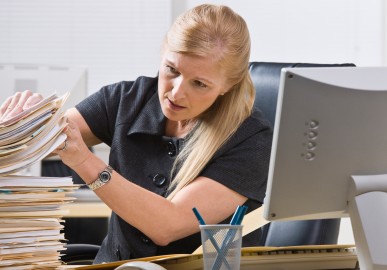 Not requiring a paid trial:

Initiating paid trials for all assistants has saved me countless headaches, but in the beginning I hired based on references and their pitch and it led to some awkward conversations when things didn’t go as planned. For example I hired an assistant to help me with some basic formatting tasks to be paid hourly but she worked a lot slower than I anticipated and in the end it was costing me more in lost time and wages to outsource the task so I had to let her go. This could have been avoided with a paid trial.

Not being clear on my needs:

I often use IT Professionals from Elance to resolve or complete any IT tasks I can’t get my head around. The problem is that often I have a hard time explaining my actual requirements because I’m not sure of the process to be used. For example I hired an IT Professional to add an Opt In Box to my website using Leadpages. It turned out this wasn’t possible based on the website provider I was using but it took 8 days of frustrating emails to work this out and I had to pay for his time just the same. Do your own research first and make sure you have a clear understanding of what you actually need.

Not addressing issues as they occur:

I hate confrontation and have a bad habit of letting situations escalate. For example I had an issue with an assistant who was taking longer to get through her daily work. A basic activity that took 20 minutes to complete was taking two hours. Instead of questioning this straight away I ignored it and hoped she would get herself back on track. The situation escalated until she was booking out 5 hours for a 20 minute task. Considering she was paid by the hour, this was a massive issue. When confronted she admitted that she was deliberately dragging out the tasks as she needed more money. This was the end of our professional relationship but could have been avoided had I addressed the issue straight away so she realised I’d noticed the increase.

Not tracking exactly where my time went:

When I first started outsourcing I had set ideas in my head as to what was taking up all my time and needed to be outsourced. In my head I believed that I spent most of my time responding to emails and that if I could outsource this, I would free up hours of time. The thing was once I actually tracked the time I spent on this task, I realised that I never spent more than 40 minutes a day on email and it was actually phone consults with clients that was chewing through my time. Make sure you track how much time an actual task takes you so you can outsource the right activity.

Now I just want to mention that this is a post about my outsourcing blunders. I have also had huge outsourcing wins. Currently I use Laura from Red Apple Reception to manage my incoming calls and it has been one of the best investments I’ve made for my business. Don’t let this post put you off outsourcing, rather use it as a guide as to what not to do and you will be just fine.

Nicole Coggan is an experienced Employment Consultant with a passion for helping individuals obtain the job they love through her resume, cover letter and selection criteria writing service. She offers free training and resources to help people obtain their dream job available for immediate download at www.nicolejessicacoggan.com.

Don’t believe everything you read …

The Biggest Technology Mistake Even Experts Make
Scroll to top